Fedora always comes with at least one significant problem. Looking back I’d say that FC5 was probably the smoothest install – only tracking down the right version of the wireless firmware proved difficult. My favourite user-unfriendly Fedora moment was having to manually type in kernel boot parameters, just in order to enable the media integrity check during installation. FC6 gives this not-been-tested-prior-to-release bug a run for it’s money. 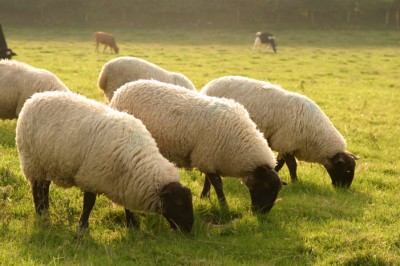 Having learnt from previous experiences I went with a full installation of Fedora Core 6 rather than an upgrade. Problems encountered:

The cpuspeed problem turned out to be caused by Fedora installing a 586 rather than 686 kernel. I had to uninstall the 586 version (plus dependencies), and then install the 686 version. This left the GRUB bootloader configuration broken. It took several attempts at manual configuration using the rescue disk to get this fixed.

The lack of search in Nautilus is caused by beagle not working. Removing beagle (and re-starting Nautilus) has solved that particular problem.

Overall Fedora remains a distribution only usable by the Linux savvy. I’ve yet to see a Linux installation that’s flawless, but the nature of the problems (and ease with which they are worked around) indicates to me that the biggest barriers remain quality of testing rather than any fundamental technical problem.

Image: Three sheep from the Lake District village of Cartmel.

Posted in Uncategorized | Comments Off on FC6