To all who read this: have a Merry Christmas and a Happy New Year! 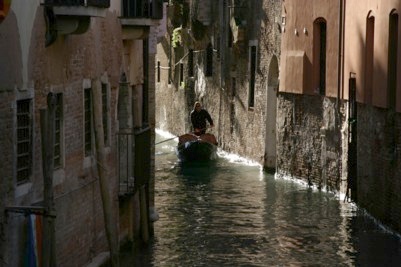 Venice is being kind on the photography front, and so despite my assumption that I would not be posting anything, here is a view down one of the canals taken earlier this week. As always click for a larger image!

Posted in Uncategorized | Comments Off on Merry Christmas

My trip to Mexico went well, the meeting was productive, and the journey around the city was not too torturous. I’m now in Venice for the holidays, but so far I’ve not had many opportunities to take photos. I’ve taken a few, but I’m not going to be able to upload any to my weblog until we get back home.

On a technical note our website and email disappeared for a couple of days, for an unknown reason. Things are back, but obviously we’ll have to reconsider our hosting arrangements. An aside: VNC is far superior over dial-up to X, even with the SSH compression.

Posted in Uncategorized | Comments Off on Venice

Last weekend I took a couple of trips out with my camera, on Saturday down to the beaches, and on Sunday to High Park. Out of the numerous photos taken over the course of the two trips there are a few good ones (to my taste at least), and I intend to post them here over time. 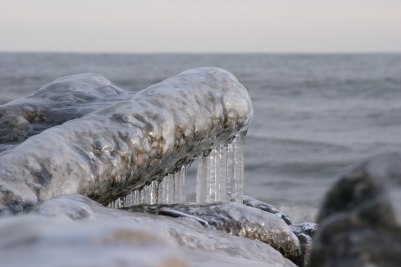 Posted in Uncategorized | Comments Off on Cold water

No agreement on the EU constitution has been reached, and so the existing mess of rules will continue to be used.

The time when the EU will become more accountable, and more understandable, has been pushed off, in the worst case until 2009. The only glimmer of good news regarding this set back is that the demands of Spain and Poland, for unequal voting rights, was not accepted. Any compromise that does not feature a simple, and justifiable, voting arrangement will only perpetuate the confusion around how the EU works.

In other news I’m off to Mexico tomorrow for a meeting.

Posted in Uncategorized | Comments Off on Constitution updates

Although the formation of an EU constitution has been out of the headlines for a while now, the process is still slowly churning along. Compromises have already been made on the number of commissioners with voting rights, and there well may be a few more fudges towards the end.

The double majority is easy to understand and has a nice symmetry to it. Large member states can’t push through legislation without support of over half of the states, and the elected governments representing at least 60% of the population must agree with it. This is on top of getting agreement from the directly elected European Parliament.

The current Council voting system (from the treaty of Nice) is not based on any logic, it was simply the result of negotiation. There’s no justification for the rules: Spain has more votes than its population would suggest because, well, its Spain.

Most of the (considerable) mistakes that are made in the EU are blamed on “Brussels” (meaning the Commission, although in practise often implicating the European Parliament). This voting mess that Spain and Poland are trying to retain is a classic example of what having Nation States fighting for their own interests means. The ridiculus and expensive commute of the whole European Parliament to Strasbourg is another.

If the members of European Union want the institutions of the Union to be taken seriously then they need to be willing to set them up in a sensible and understandable fashion. The constitution doesn’t go as far as it should on this front, but its a lot better than the current arrangement. I’m hoping that the other member states stick to their guns on this one and retain the double majority.

Posted in Uncategorized | Comments Off on Constitution

The view from the office

On Friday I brought my camera with me to the office. The weather was mixed, but by evening things had mostly cleared up. 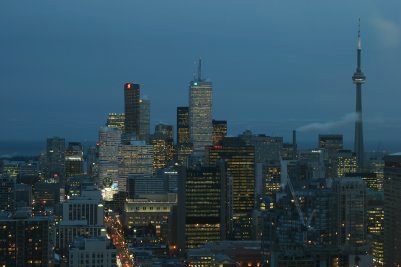 This is the view I’ve got from my desk, taken shortly before dusk.

Posted in Uncategorized | Comments Off on The view from the office

Today I finally made good use of the daily backups that my computer performs.

Many months ago I wrote a Python script, RSyncBackup, to perform incremental backups onto a separate harddrive. Having a snapshot of my home directory, and thirty days worth of changes to it, has rarely been useful, but always reassuring. Today however, I’m very glad that I have it.

This evening I need to pull out an email I had received earlier in the week, but when I looked for it I couldn’t find it. A few seconds later I realised that I had two emails from today, and then the next oldest was from 2002! I am guessing that I must have corrupted my email inbox when I killed my email client (Evolution) earlier in the day.

Thankfully I have my daily backup! The last snapshot was from yesterday evening, so I could simple export todays email, restore from this backup, and import todays email back again. Nothing has been lost, and I’ll definitely be more careful killing off Evolution in future.

Posted in Uncategorized | Comments Off on Restore

It is easy to not update my Journal, far easier in fact than it is to update it. Over the last week I’ve taken many photos but none of them have are good enough to be worth posting here. Hopefully I can take some better photos over this next weekend, which might in turn inspire me to write something!

Posted in Uncategorized | Comments Off on Journal block