I am now starting the process of looking for a new job. Barring any unexpected turn of events, I will be leaving Amdocs on the 3rd of December. 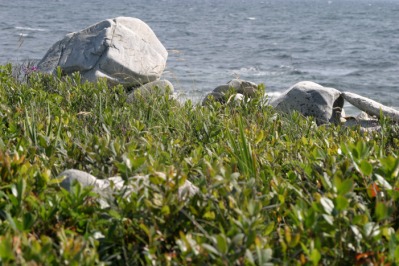 The last four years have, overall, been an excellent experience. I’ve learnt a huge amount about the Telecoms industry, particularly mobile data, mobile content, and ISPs. I’ve developed a strong technical knowledge base on how to integrate and scale complex systems. I have also had the opportunity to learn a great deal about project management and led several projects to successful completion.

Now I’m looking forward to a new challenge. I’m hoping to secure work as either a Solution Architect (my current role) or a Project Manager (a role I’ve filled and assisted with several times) somewhere in Europe.

My current plan is to return to the UK in late December. There are all sorts of logistical problems I’ll have to resolve over the coming months, and I fully expect to be making at least one return trip to Canada in the spring. I’m unlikely to make any further comment here on progress with my job search until it has come to its conclusion, but be assured that plenty will be happening behined the scenes. Obviously if anyone reading this has any possible leads for Solution Architect/Project Manager jobs please drop me an email!

Photo: Rocks by the sea, at the Kejimkujik Sea Adjunct, Nova Scotia.

Posted in Uncategorized | Comments Off on Job hunting

What is it good for?

What is the European Parliament good for? Why does it exist, when we are already represented by nationally elected representatives? These are good questions that are due some consideration. One of the strongest arguments in favour of adopting the new European Constitution is that it will increase the powers of Parliament. Only if we are sure of Parliament’s purpose does such an argument carry any weight.

In a traditional transnational organisation, such as the UN, all decisions are made by government representatives among themselves. Decision-making in the EU could be done along similar lines, with decisions requiring either a unanimous or qualified majority. 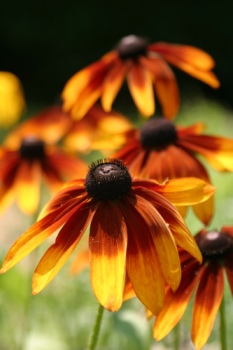 EU legislation typically starts life by the member states asking the Commission to create a directive proposal. For those policy areas subject to “co-decision” the Council of Ministers (i.e. the national governments) and the European Parliament both have to agree to the legislation. The new Constitution will expand Parliament’s role to cover almost all policy areas, making co-decision the norm. It is in the co-decision process that I see the value of the European Parliament.

In contrast, a nationally elected representative has no opportunity to amend EU legislation. They can lobby their government to make changes in the Council of Ministers, but can be easily ignored by those in power. Naturally, national representatives are focused on the legislation passing through their own parliament, and so are unlikely to have any deep knowledge of legislation being proposed at the EU level.

In short, the only way nationally elected representatives could give proper scrutiny of European legislation would be for it to pass through each and every Member State’s parliamentary process. This is clearly unworkable as any amendment made by one parliament would have to be re-considered by all others.

Posted in Uncategorized | Comments Off on What is it good for?

I have just released new versions of SimpleTAL, PubTal, and RSyncBackup as well as introducing a new piece of software WSGIUtils. 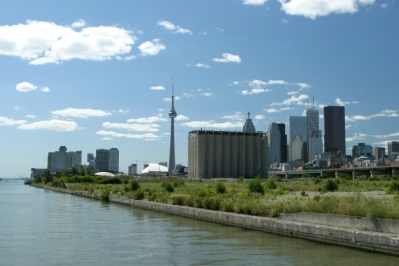 Until recently I was using Mod_Python as a development platform for a couple of different web applications. Unfortunately I kept stumbling across nasty bugs that I kept having to work around. The development mailing list for Mod_Python consists of people reporting bugs and patches with no action being taken on the part of the maintainers, so these bugs are likely to remain for the foreseeable future. I’ve now moved over to using WSGI for web development, and in the process create a few libraries to aid development. I’ve bundled these together as WSGIUtils and hope that others in the Python community will find them useful.

The new release of PubTal now includes installation instructions for Linux, MacOS X and Windows. The recently added support for auto-generation of &nbsp; is included as well as a small re-arrangement of the manual.

Fixes included in the latest version of RSyncBackup and SimpleTAL address mostly minor defects but are well worth getting. I’ve also decided to stop maintaining TALAggregator. I’ll leave the website information intact, but I’m not actively developing this any further.

Posted in Uncategorized | Comments Off on Software Updates