This post is about computers, so if that bores you click on the pretty picture instead of reading on! 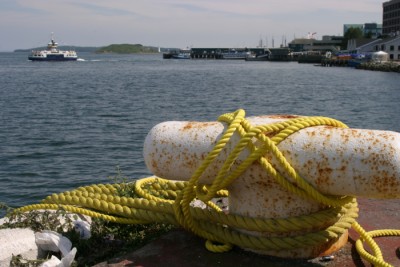 When adding new hardware to a machine running Linux it will either work straight away, or it will be a challenge to your patience. For example if you add a new Ethernet card to your machine there’s a very good chance that on rebooting it will be found and will work with no extra software being required.

When hardware isn’t fully supported however things become complex and trying. Take for example the Epson Perfection 2480 scanner that we purchased yesterday. I had already researched Linux support, and found that neither the official Epson software for Linux (iScan), nor SANE support it. Just this week, however, on the development mailing list for SANE there was a thread about this scanner, and a couple of patches that enabled support for it.

To get the Epson Perfection 2480 scanner working I had to:

After all this the scanner now works.

Posted in Uncategorized | Comments Off on Fedora hardware support 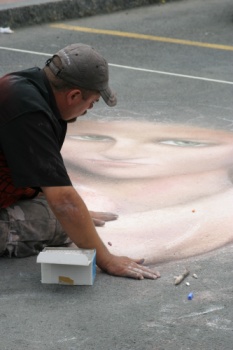 The downside to taking lots of photographs is having to trawl through them afterwards to find the good ones. Doing this is a mixed blessing. On the one hand finding an good, and more rarely a captivating photo, is a great reward. On the other hand looking at so many photos that just don’t work is frustrating. On seeing a photo I have questions running through my mind: what was I trying to capture? Why did I expose it like that? Why couldn’t I get rid of that extraneous object from the frame?

Until I’ve worked my way through the Halifax, Peggy’s Cove, and Lunnenburg photos I will not have anything to illustrate the next stage of our holiday. Once I have been through the remaining photos I should be able to write some more about our brief trip around central Nova Scotia. I may, time and motivation permitting, even get around to creating a proper album for the trip.

Posted in Uncategorized | Comments Off on Photo trawl 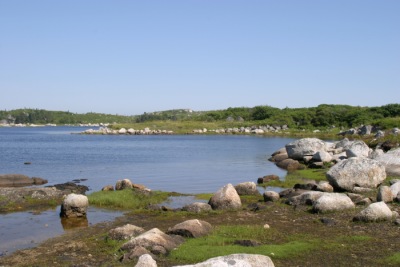 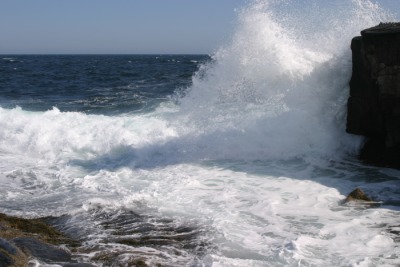 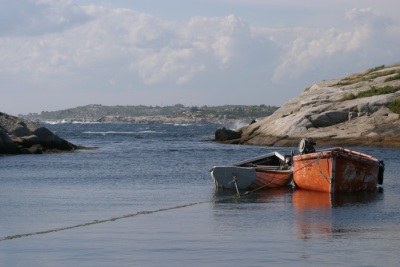 Halifax in the rain 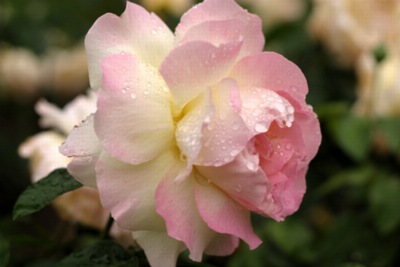 The waterfront of Halifax is almost dedicated to tourists. There are a selection of restaurants, pavilions, and tacky gift shops interwoven around a wooden boardwalk. Mooring space appears plentiful, and at least this week, very underused.

My impression is that most visitors to Halifax do not stay more than a couple of days. This weeks entertainment is in the form of a busker festival, which features a slow rotation of artists who continue to draw significant crowds despite repeating the same set multiple times per day.

When we arrived here the weather was warm at around 27C, yet with a pleasant breeze and a few clouds to provide occasional shade. Yesterday however it turned for the worse, with showers all day long. Today is no better, which means that the whale watching I had planned for today will not be taking place.

Yesterday I spent some time in the Natural History Museum. The museum features a small section on geology and dinosaurs, but is mostly dedicated to the history and wildlife of Nova Scotia. The history exhibit on Nova Scotia starts well enough, but then skips several thousand years of history with no explanation. The focus on local wildlife however was very successfully put together. The mini-exhibit on Sable Island was interesting, but limited in the amount of information included.

Following the trip to the museum I wandered into a local park to take some pictures in the rain. A few of the flower pictures came out fairly well, and I expect that I’ll end up taking similar photos today.

Posted in Uncategorized | Comments Off on Halifax in the rain