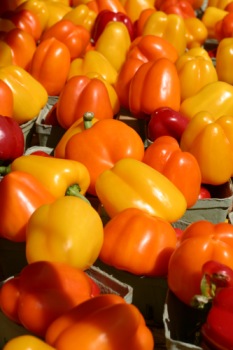 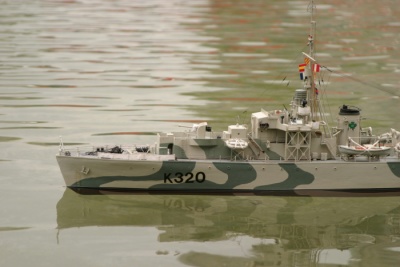 Sunday was a grey day, not the best light for taking pictures. We went down to the waterfront so I could try on hats, and I brought my camera along anyway. The highlight for me was the radio controlled model warship and submarine that were patrolling a pond, courtesy of the Metro Marine Modellers.

The submarine was the most impressive to watch, but it didn’t photograph in a particularly pleasing way. The warship (HMCS New Glasgow) however, while not as fun to watch, was an easy target to capture.

The last item of interest was a giant ferris wheel containing cars. The website has some pictures (that came out better than mine!) of it – a medium sized ferris wheel with real cars embedded in it. We didn’t avail ourselves of the $5 ride, but we did appreciate the peculiar sight it presents.

Posted in Uncategorized | Comments Off on A grey day

HTML 4.01 was published as a recommendation in December 1999. XHTML 1.0, the XML version of the same specification, was originally published in January 2000. Since then there has been a splintering of different HTML related activities. XHTML 1.1 consists of “modules” of XHTML subsets, that when added together form something very similar to XHTML 1.0. XHTML 2.0 meanwhile consists of a working draft that isn’t backwards compatible with previous variations of HTML.

Outside of the HTML world the W3C’s working groups have been busy designing all sorts of complex XML based standards, such as SVG and XForms. These new standards are not variations on HTML, but completely new markup languages. Web browser support for these new standards is almost non-existent, and so therefore, is their usage in web applications. 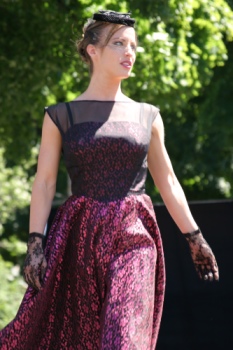 When building a web application today most authors write to the HTML supported by IE. If they don’t, and write to the standards, then they target HTML 4.01 or XHTML 1.0. As anyone who has tried to write a web based application will testify, creating a good user experience using HTML forms is very difficult.

Recently several web browser developers have formed a new group to define extensions to HTML, with the aim of improving the tools available to web application developers. The Web Hypertext Application Technology Working Group (WHATWG) consists of developers working for Mozilla, Opera, and Apple. As these extensions are formalised we can realistically expect them to be implemented in Mozilla, Firefox, Opera and Safari.

If these extensions to HTML are implemented across the three main “alternative” web browsers, then we can be hopeful that web application authors will begin to use them. That in turn will hopefully lead to IEs grip on the web being loosened, and the pace of improvement of available web technologies picking up.

(Photo taken at the Vintage Festival)

Posted in Uncategorized | Comments Off on A new HTML? 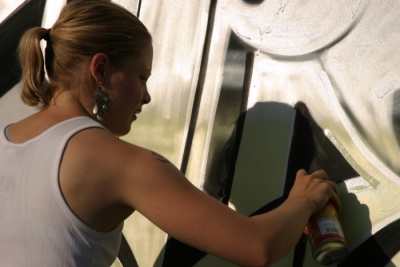 Absolution Gap is much closer in style to Revelation Space and Redemption Ark than to Chasm City. The characters once again find new alien species and have adventures with galaxy wide implications.

Although the book is an interesting read I found the story hurried. The characters don’t have time to develop and rather than behaving in a particular way, the author resorts to telling the reader what the characters are like. Overall I’ve found the series readable enough to keep going, but not good enough to recommend to others. The exception to this is Chasm City, which is the most interesting of all of them, and can be read standalone.

(The photograph was taken at Nathan Phillips Square on Canada Day during the graffiti art demonstration).

Posted in Uncategorized | Comments Off on Absolution Gap 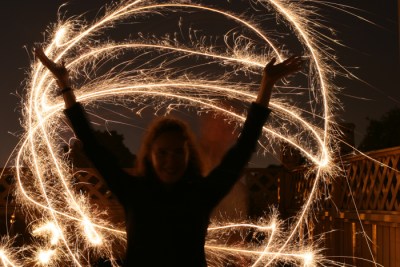 This has felt like a long weekend, with Canada Day on Thursday, and a very quiet work day on Friday. Today we held a small gathering for those wanting to celebrate American independence day. We’ve ended up with almost more food after the event than we had before, despite everyone eating a fair amount.

We struggled to locate sparklers for the event. Several shop assistants didn’t even know what a sparkler was, never mind whether they happened to stock them. Shana eventually located some in a bargain shop and a dollar store.

I’m sure there are other techniques that I could have used for photographing sparklers, but I didn’t have time to experiment much, so I used a 5s exposure and a tripod to produce some fun photos.

Posted in Uncategorized | Comments Off on Long weekend 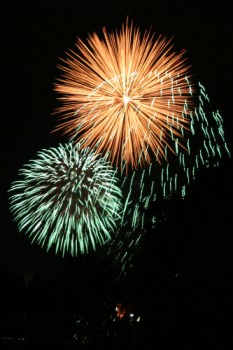 It is the tail end of the Canada Day, and we’ve just come down from our deck where we watched the fireworks. While our deck doesn’t provide as good a view as exhibition place, it does feature more wine and an easier trip home.

Earlier today we went along to the Jazz and Graffiti event taking place in Nathan Phillips Square. The music provided by Blues Under Dog (warning: chronically bad website) wasn’t really Jazz, but was listen-able to. I took some OK pictures of the band, and the graffiti artists at work. These will be posted at some later point, for now here’s one of the fireworks (cropped from the full picture).

It took me a few goes to find appropriate settings for taking these firework photos. I settled on 1s and an aperture of 5.6f. I could have probably got better results with a 70-200mm that is currently on back order, but they still came out fairly well.

Posted in Uncategorized | Comments Off on Canada Day