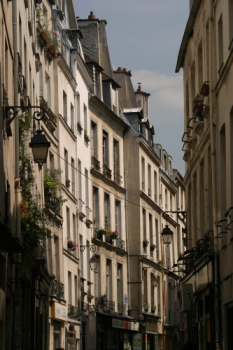 I finished reading Air by Geoff Ryman on Boxing Day; these notes contain spoilers. It’s a good book, despite the science fiction elements being barely explored or thought out. The main strength of the book is the way in which the layers of a small village life are slowly revealed, bringing home the complexity of life in a subtle manner.

At first the poor village is described in superficial terms, the characters are introduced with little background. As the story goes on, the dialogue, primarily the inner dialogue of the main character, Mae, brings out the history and second-guessing of motivations that forms so much of people’s relationships. The creation of the characters in this way works very well, especially as the author has been able to avoid Mae becoming all knowing. Events and characters still happen outside of Mae’s control and knowledge, striking a good balance between fleshing out the world around Mae and drowning the story in unnecessary detail.

The impact of the interactive TV/Internet on the rural village is also well explored. The success of the main protagonist, although explained away through her interface with Air, does strike me as lucky, but does not distract during reading. The role of the government and outsiders in the village’s life rings true, although it plays strongly to stereotypes.

The only part of the story that doesn’t work for me is Mae’s pregnancy. This plays a useful role in the plot, but stretches believability that is already under strain from the barely explained sci-fi elements.

Posted in Uncategorized | Comments Off on Air

A collection of thoughts

Spam ceased to be a problem for me for a long time. Evolution’s integration with SpamAssassin has meant very little junk landing in my inbox for many years now. The downside to this happy state of affairs has recently made itself known – many emails that should be landing in my inbox, aren’t. Having to glance through all my spam to fish out those emails that need rescuing has sharply reminded me of just how big a problem spam really is.

Django looks like a really nice web framework. The way in which each layer of the stack can be customised with the minimal of fuss should make it very easy to use. Compared to Zope and other monolithic environments it’s a welcoming combination. I need to find a project that requires me to build a web app so I can try it in anger.

Wii intrigues me. I like the idea of something that really does change the state of the art of human/computer interfaces. The years of hot air about 3D GUIs and alternative approaches to using a computer have given way, thanks to a games console, to a genuine change in approach. Not just that, but according to those that know such things, it’s meant to be fun too boot!

However several things are holding me back from getting one:

Still I’m tempted and it is nearly Christmas.

Posted in Uncategorized | Comments Off on A collection of thoughts