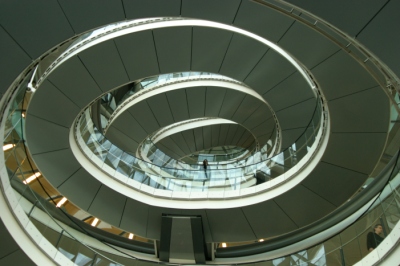 First impressions are good, but there are a few rough edges I hadn’t heard about previously. The setup is easy and getting the Wifi connection working was simple. Wii Sports Tennis is a lot of fun as is, surprisingly, the golf. Zelda is very good, although I hate being in wolf form: The fighting is harder and the jump functionality is simply strange (no real challenge from a game play perspective – why have it in the first place?).

Now for the rough edges. First up – the colour. The SCART adaptor shipped with the Wii results in washed out pale colours, to such a degree that I had to adjust the TV settings just for playing on the Wii. From what I can tell this should be fixed by an RGB Scart Cable, but why is this not included as standard rather than charging £20+ for it? An aside: There’s plenty to be spent on the Wii before you even get more games: Missing SCART cable (£20), a second controller (with Wii Play – £33) and a classic controller (£15) comes to nearly £70 before you even buy a Wii Console game or Wii disc.

Another slight annoyance is the range of the Wii controller when using the sensor bar. The recommendation is to use the controller 1 to 3 meters from the TV. 3 meters isn’t much, and (it turns out), slightly short of our comfy chairs position from the goggle-box.

Overall though, I’m happy with it. I’m sure I’ll be investing in a few Wii console games as well as a second controller. First up is the RGB SCART cable, hopefully I can get a third party one at less cost.

Posted in Uncategorized | Comments Off on Wii