Too close for comfort

It has been a stressful past twenty four hours, but thankfully it’s over in a satisfactory manner. My troubles started when I looked at the photos I had taken, in the late afternoon, down on the beaches. I started with the ones from the end of the batch which contained the sunset, and on a first glance they looked very good.

A more closer inspection showed a dark spec in the sky, and a quick look at some other frames showed the same thing. At this point I was just annoyed at having taken pictures with a mucky lens, but things soon got worse. It turned out that the lens was indeed clean, the problem was dust on my sensor.

Unfortunately I tried to clean it there and then, and managed to make things worse by adding moisture to the dust. I have to admit to having been pretty devastated by this – I was genuinely worried that I had permanently damaged the sensor. 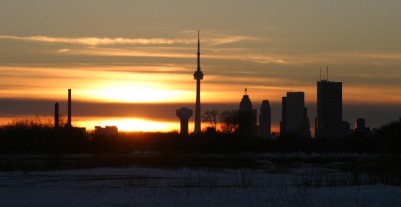 After getting home this afternoon I had a go with some sensor swabs from Photographic Solutions. They didn’t at first seem to be having much effect, but after putting more effort into the cleaning motion, the muck on my sensor started to shift.

Now things are pretty much back as new – there’s still some slight dust visible at f/22, but its pretty minor. I’m extremely relieved that I’ve been able to recover from my mistake, and hoping that I’ll never again have to resort to the sensor swabs.

This image of the sunset is one of those that had the original dust problem, as it is this one looks better cropped anyway…

Posted in Uncategorized | Comments Off on Too close for comfort