Shorthand markup languages, which are intended to make writing HTML easier, are very popular. At least they are popular if you measure popularity by the sheer number of them available. Personally I think they are a poor solution to the problem for making the authoring of HTML easy. 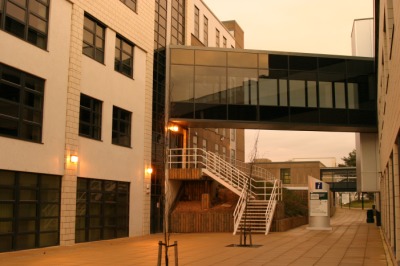 Markup languages are mainly popular because programmers are lazy, and creating a graphical interface for editing HTML is difficult. Web browsers supply a built in “rich text editor” that allows simple HTML to be authored, but the subset of HTML that they provide authoring for, is usually different to the subset that the user would like to use. For example most of the rich text editors let you change the colour of the text, but not the title of a hyper-link.

I recently stumbled across the Markdown markup language. It seems to strike the right balance between useful facilities (such as automatic escaping of HTML) and obscure hard to remember syntax (such as that used by Textile).

There is an initial Python implementation of Markdown, and I’ve written a plugin for PubTal so I can use it. I don’t think it’s yet ready for real use because the Python Markdown library isn’t finished and has some strange debug code left in. Once the Markdown library is up to quality I’ll probably ship the plugin with PubTal.

On the SimpleTAL front there is an ongoing effort to add I18N support. I’m not entirely sure I like the specification for I18N support in TAL. It seems to be trying to solve too large a problem, and consequently gets it wrong. Unless I can come up with a better workable alternative however, the implementation of I18N is probably the best way of supporting multiple language use in a single SimpleTAL template.

Posted in Uncategorized | Comments Off on Markup