The UK housing market is a strange beast these days. The price of property has soared across the country, reducing the opportunity of those on an average wage to buy somewhere to live. Partly this is the result of a long term trend: the increasing numbers of people living alone driving up the need for more property. Those that do buy houses are now paying 4.5 times their average income for them, compared to an average of 3.2 between 1986 and 2000 (source: OPDM Housing Stats) . 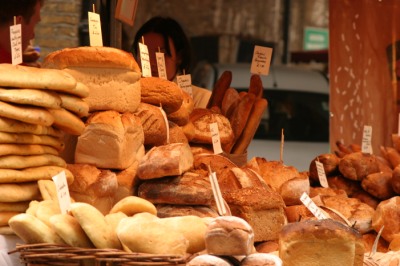 With first time buyers unable to afford even a tiny house the government is floating various plans to try and address the problem. The latest of these involves the government buying a part share in a house alongside the individual, so reducing the cost for first time buyers. How anyone expects pumping more money into the property market and increasing the number of buyers will lead to house prices becoming more affordable is beyond me. There are only two ways to make housing more affordable: either choke off demand and burst the current asset buble by increasing interest rates (something the Bank of England is slowly doing) or by build a large number of new houses.

The government has taken the longest period of sustained growth in history, added in steadily increasing taxation and still manages to run a defecit of £35.8 billion (over 3% of GDP). Under such circumstances we should be cutting expenditure, not dreaming up new wasteful and market distorting subsidies.

Photo: Bread for sale at the Borough Market.

Posted in Uncategorized | Comments Off on UK House Prices