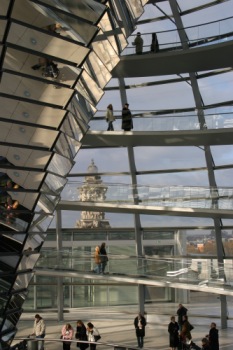 Software has a curious property, in that it never decays or weathers, and yet requires maintenance to be useful. If you install a new program, it may stop an existing program from working. If you try to open a recently produced Word document into an old version of Word, it may fail to load. If a piece of software held opinions, it would see this as a an environmental change.

Stories have the same maintenance property. Books may decay over time, but if the words are carefully copied from one book to another without error, the story itself will remain unchanged. However a changed environment can cause faults in our understanding or appreciation of a story. Stefan Geens ponders whether the manner of story telling will return to that of the Greek myth. Does a modern audience appreciate a world of restricted communication, or do they have more in common with Greek gods?

Over a year ago, I decided to stop maintaining my own RSS/Atom aggregator. Although I’ve not been making fixes since then, I had continued to use it out of nothing but momentum. Over the year various bits of other software on my machine has been upgraded, and the Atom file format has evolved into a 1.0 specification. As a result several problems started to appear in TALAggregator, and I’ve finally decided to stop using it. I’m now getting used to the Sage feed reader extension for Firefox, software that is actively maintained and developed.

Posted in Uncategorized | Comments Off on Fixing faults