A collection of thoughts

Spam ceased to be a problem for me for a long time. Evolution’s integration with SpamAssassin has meant very little junk landing in my inbox for many years now. The downside to this happy state of affairs has recently made itself known – many emails that should be landing in my inbox, aren’t. Having to glance through all my spam to fish out those emails that need rescuing has sharply reminded me of just how big a problem spam really is. 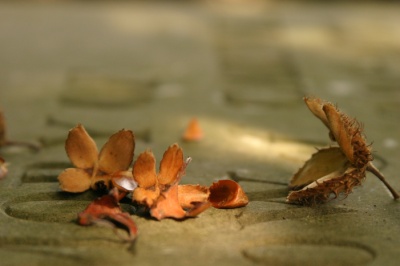 Django looks like a really nice web framework. The way in which each layer of the stack can be customised with the minimal of fuss should make it very easy to use. Compared to Zope and other monolithic environments it’s a welcoming combination. I need to find a project that requires me to build a web app so I can try it in anger.

Wii intrigues me. I like the idea of something that really does change the state of the art of human/computer interfaces. The years of hot air about 3D GUIs and alternative approaches to using a computer have given way, thanks to a games console, to a genuine change in approach. Not just that, but according to those that know such things, it’s meant to be fun too boot!

However several things are holding me back from getting one:

Still I’m tempted and it is nearly Christmas.

Posted in Uncategorized | Comments Off on A collection of thoughts