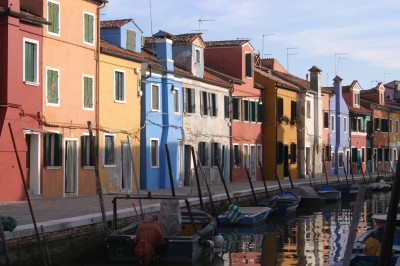 It’s been a long time since I set out to learn a new programming language. All of my development recently has been in Java (Android) and Python (Django), both of which I’ve known for years. Although Go hit version 1 in 2012, it is only in the last couple of weeks that I’ve started to pay attention to it.

The number of people talking about moving to Go from Python was a big influence to try it out. I’ve been using Python for a long time and it remains my favourite language at this point. After my first try at Go I can see the attraction to Python programmers. I started by doing a short script to load in some values from a CSV file, process them and write out to another CSV file.

This is the kind of thing that I find Python perfect for. It takes very little time to write thanks to the built in library, no effort to setup the environment as it just requires a single text file, is easy to debug thanks to the edit / run cycle being so short, and so gets you to a result really quickly. The experience with Go was somewhat similar. You do need to setup the environment for the first time, but the go run command means you can still have a short edit / run cycle. Like Python, the CSV library is built in and the resulting code is mostly free of boiler plate variable definitions, etc.

I’ve seen Go described as being 90% as expressive as Python. From my first encounters with it, that seems to hold true. There are a few tedious type casts required that Python avoids, but overall the feel is much closer to Python than to Java or C. The 10% given up buys a compiled, easy to deploy program that executes fast and can be more easily scaled than Python.

My initial experiments with goroutines and building a prototype TCP server resulted in compact code but with more type wrangling than I’d like. Having to think about when you are using values versus references (maps, slices and pointers) resulted in some subtle bugs only found in unit testing. This is probably down to too much time spent in Java and Python.

There are a lot of conveniences in writing Go. The source comments generated documentation system is trivial to use (far simpler than Javadoc) and the builtin unit testing framework is also very easy to use. The ability to have package level variables accessed from multiple files in the same package makes it very easy to build a modular set of code.

I haven’t tried any true OOO programming with Go yet. I’ve read much concern about the lack of generics and limited inheritance support. It’ll be interesting to see how much pain that causes in my code.

Posted in Uncategorized | Comments Off on Golang