Android a challenge to OEMs?

Does the “Android Monopoly” really provide a challenge to the traditional OEMs? Is the answer to use virtualisation on the handset and put Android in a virtual machine sandbox while the OEM’s own O/S runs underneath it?  That’s Andreas Constantinou’s proposal in his latest blog post at VisionMobile. I’m not so sure.  Firstly let’s take a brief look at the history of the OEMs he identifies as losing out due to the success of Android: Motorola and Sony Ericsson. 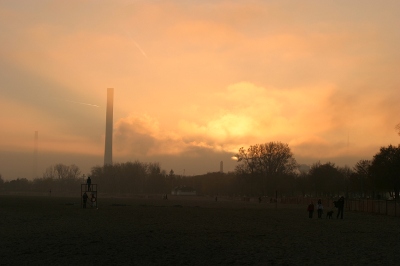 Toronto sunset at the beaches

Motorola’s success story pre-Android was the Razr.  This was a huge phone in 2005 and dragged Motorola into second place behind Nokia.  The success of the Razr had little to do with the software that it ran, and a lot to do with the very distinctive and stylish design. Motorola failed to innovate effectively off the back of this however, resulting in a whole series of similar phones and declining market share.  It is only with their adoption of Android that Motorola has been able to rescue themselves from terminal decline in the mobile market.  The Droid series of phones built for Verizon have been very successful for them, bringing the company (now split off as Motorola Mobility) back from the brink.

Sony Ericsson’s history contains more highlights than Motorola’s, but is also a mixed record.  They have used a number of operating systems over the years, with Symbian (using the UIQ interface) and Windows Mobile both playing a part.  Sony Ericsson has been able to differentiate with their Walkman and Cyber-shot brands, both of which relied more on innovation in hardware than software.  Sony Ericsson have produced a range of Android smart phones, which has done much to restore their financial health (to the tune of €1.1bn).

Hardware has always been a major differentiator between mobile OEMs, marking a significant difference between the mobile and personal computing industry.  This traditional strength is not undermined by Google being the driving force behind Android.  OEMs adopting Android get for free the things they have traditionally struggled with: a best-in-class smart phone O/S, app store and cloud services.  This allows them to focus on the part of the equation where they have seen past successes and that aligns to their core competencies.

The announcements coming out of Mobile World Congress this year (and CES before it) shows that there is plenty of room for innovation in hardware and software:

If Google is restricting what OEMs can do on the hardware and software front, I don’t see much evidence of it in the products that they are announcing, or an opportunity to do more by using virtualisation.

Tags: android, hardware, industry, mobile
Posted in Android | Comments Off on Android a challenge to OEMs?